So, here we are! Antonio Conte’s men laid their hands at the FA Cup after an uncharacteristic, yet majorly effective style of play. Eden Hazard’s penalty in the first half was enough to secure the win, as they resorted to sitting man throughout the duration of the game afterwards. Now, we rate the Chelsea players from the final domestic game of the season:

Courtois was commanding inside the box, as he collected the crosses with supreme confidence and nullified most of the corners using his tall frame. Made a couple of quick saves to cap off a pleasing performance.

Azpilicueta read the game accurately and was precise with his challenges as he closed down spaces and denied any room for Sanchez to run his way inside the box. A typically strong and clean outing for him.

Stayed a tad deeper than the other two centre-halves to read the aerial duels quicker than the forwards. He arranged the backline brilliantly and the experience was visible as such.

Immense performance from the young lad. He stifled United of any space, was unbeatable in the air and positioned himself correctly for any major attacking move from United.

Don’t remember any attacking contribution sans a single move when he drifted in and drove ahead. Stuck to the instructions and was playing as a wide defender and not as a wingback.

Astute defending from his side, as the Spaniard sat back and thwarted attacks continuously. Had a glorious chance to score the second goal but it was saved by de Gea.

Terrific energetic display from the Frenchman as he intercepted balls from dangerous positions and tried to transit defence to attack more than any other player.

Bakayako added more steel and power to central midfield and made timely challenges sans a single one, which led to a free kick from the corner of the box.

Fabregas distributed some balls forward but sat in his half to beef up their midfield. His set-pieces were terrible but got the job done without any clumsiness.

Good movement in the first half for a short period of time, including the build-up to the penalty. He didn’t have much involvement afterwards and was too selfish, or was handled easily by Smalling inside the box.

Cleared a couple of crosses that were sent in by Young or Martial, but had little involvement otherwise. A completely defensive show from him; understandable, knowing the fact that Chelsea went ahead quite early in the game. Did not link up well with Hazard, but like his other players, got the job done and that must have delighted Conte.

Wasted time and joked around with the other players in the dying stages of the game. 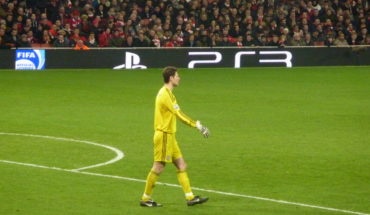