As per one of the latest reports by Sky Sports, Premier League outfit West Ham United are plotting a move to sign Lorient’s versatile attacker Abdul Majeed Waris. The Hammers have identified him as a possible replacement for outgoing attacker Diafra Sakho who has passed his medical and has all but signed for Ligue 1 side Rennes. It is perceived that Waris is currently in London to meet with West Ham United officials.

Under the stewardship of Slaven Bilic, the Irons have had a disastrous start to their new season in the English top flight. They have failed to collect even a single point so far after losing all of their first three fixtures, which comprised of their outings against Manchester United, Southampton and Newcastle United.

The fans and media have been criticising Bilic left, right and centre and in order to save his job, the Croatian is expected to make some deals in the dying hours of the ongoing summer transfer window.

West Ham United have already brought in some quality names in the form of Javier Hernandez, Marko Arnautovic, Pablo Zabaleta and Joe Hart to the London Stadium already this summer but are still keen to beef up their attacking sector further. Thus, their apparent interest to make Waris sign on the dotted line makes perfect sense, for he is a proven attacker and who would be desirous to make a move to the Premier League to enhance his credibility further.

Waris emerged through the youth ranks of Right to Dream Academy, Hartpury College and Nike Academy and then made a move to the senior side of BK Hacken wherein he smashed 30 goals in 63 outings. His subsequent moves to Spartak Moscow and Trabzonspor failed to yield the requisite dividends, but after his move to the French outfit Lorient, he has once again started to hit the right chords as he found the back of the net on 21 occasions from 58 games that he has been handed. Last season, he managed 11 goals and provided 4 assists in all competitions for Lorient.

The 25-year-old is a versatile player who can be effectively stationed as a striker as well as on either wing. He operates with a low centre of gravity and his pace allows him to breeze past opposition’s defenders with relative ease.

Besides, he is an astute passer of the ball and his crisp movements make it hard for the defenders to mark him. Waris also has plenty of experience with the Ghana national side and his entry to the London based club could prove to be an instrumental one in deciding their outputs this season. 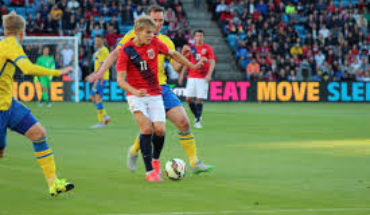