Matchweek 1 of the Premier League came and went by us in a flash, leaving a trail of high quality football interspersed with clues as to how the 2022-23 season of the most competitive league in the world might pan out.

Graham Potter is widely considered as the best active English manager right now in the game. He has managed to make the Seagulls play a nuanced and aggressive brand of football on a budget and if the first game of their season is anything to go by, he is set for another big season with Brighton.

Their big spending opponents, Manchester United, were completely outclassed and even though Potter lost a couple of his big stars in the summer, he is determined to stick to his front footed tactics. The ownership will do well to back him in the remaining days of the summer window.

Many Liverpool fans made the journey to the Craven Cottage expecting a goal fest with players like Darwin Nunez and Mohamed Salah in good goal scoring form promising a lot.

But it turned out to be a struggle as Jurgen Klopp’s men could only muster a draw thanks to a late Salah strike.

The Egyptian’s form and Nunez’s impact off the bench were the only positives in a dreary day for the Reds.

Thiago sustained an injury which is likely to see him ruled out of action for around two months. And Roberto Firmino’s lack of influence will also have worried Klopp with Origi now out of the club.

Another worrying aspect will be the ease with which Virgil van Dijk was dominated by the 2-goal hero Aleksandar Mitrovic. Teams with muscle and height up front will have closely noted the outcome on Saturday.

All the talk ever since Erling Haaland’s arrival has been the prospect of the ‘nordic meat shield’ linking up with the crafty Belgian Kevin de Bruyne.

We were treated to a small teaser of the same as de Bruyne received the ball on the halfway line, turned and strode a few yards before threading an inch perfect through pass beyond the West Ham backline for the perfectly made run of Haaland, which the new superstar in Manchester finished first time adjusting his body shape beautifully.

A type of goal which has seldom been seen since the link up of David Silva and Sergio Aguero.

The fans will be relishing the prospect of the duo setting the goal scoring and assist charts on fire as the season progresses.

This was more or less the analysis after a listless United side stumbled to a 1-2 loss against a disciplined Brighton side.

The issues at Manchester United run far deeper than the squad and we are fast approaching a time when tactical dissection of the team and the manager will be rendered useless, till a complete revamp is implemented. 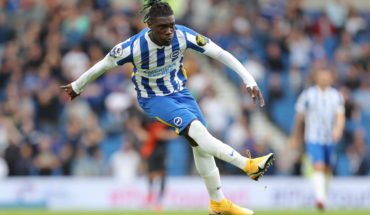