The Merseyside outfit have already signed James Tarkowski, Dwight McNeil and Ruben Vinagre so far this summer. With one month left for the transfer window to slam shut, Frank Lampard wants his club to make some more signings as he looks to avoid another relegation scrap.

According to reputed Italian journalist Fabrizio Romano, Everton are set to finalise a move to bring Paris Saint-Germain’s Idrissa Gueye back to the club. Both clubs are negotiating a permanent deal, with final details due to be discussed this week, Romano tweeted.

Gueye, 32, was a fans’ favourite during his previous stint at Goodison Park between 2017 and 2019. The Senegal international made 108 appearances for the Royal Blues, scoring four goals before leaving for PSG.

With the Les Parisians, the midfielder has won two Ligue 1 titles and as many Coupe de France trophies. However, Gueye’s time at the Parc des Princes is likely coming to an end, with PSG undergoing several structural changes following the arrival of new manager Christophe Galtier.

Everton boss Frank Lampard really needs to add to his midfield unit before the end of the month’s transfer deadline.

The Toffees are willing to sell misfit Jean-Phillipe Gbamin this month, while the likes of Allan, Abdoulaye Doucoure and Andre Gomes underperformed last campaign. Plus, Donny Van de Beek has returned to Manchester United following the expiry of his loan spell earlier this summer, accentuating the importance of strengthening the midfield. That makes Idrissa Gueye a good option for Everton.

Gueye has had a mixed time at Paris Saint-Germain. The 32-year-old was in and out of the PSG side under former boss Mauricio Pochettino last season, which limited him to 33 appearances across all competitions.

A defensive midfielder by trade, the Senegal international averaged 2.3 tackles, 0.9 interceptions, 0.5 clearances, 0.9 shots and 0.6 key passes per game in Ligue 1 In a PSG side that usually dominates possession in the division, he was solid when distributing the ball in midfield based on his pass completion rate of 93% (stats courtesy: SofaScore).

A tough-tackling midfielder with great ball-winning skills, Gueye would improve Everton’s midfield unit. His quality on and off the ball, pedigree and winning mentality will be massive for Lampard’s side that will be aiming for a top-half finish in the upcoming campaign. The 32-year-old could provide the energy and solidity the Toffees lacked in midfield last term, whilst being a good foil to Allan in the double-pivot.

However, as he will turn 33 in September, Gueye will not be a long-term signing for Everton. So, Lampard and the club must add more in midfield even after getting a deal for the PSG man over the line. 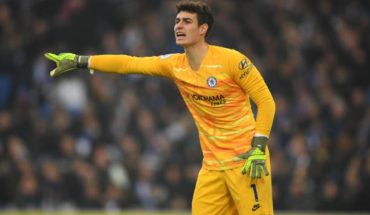