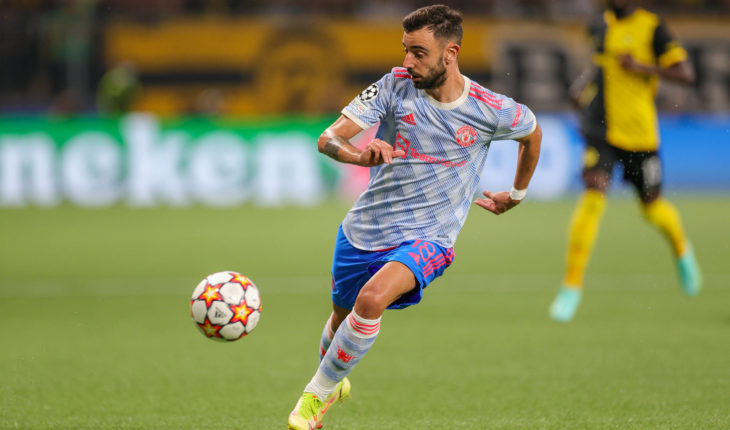 Manchester United suffered their second defeat of the season when they lost to West Ham United in the EFL Cup on Wednesday. The Red Devils will have to turn their attention towards the Premier League once again when they face Aston Villa at home.

The Red Devils are third on the league table, level on points with Chelsea and Liverpool, following the opening five games of the season. The visitors for the weekend, Aston Villa, will pose a tough test for Ole Gunnar Solskjaer’s men. But, United will be expected to win, thanks to their superior team, home advantage, and an exceptional record against the Villans, having not lost to them since 2009.

Let’s take a look at the possible Man United lineup for the game against Aston Villa.

Manchester United don’t seem to have any new injury worries, following their League Cup game. Marcus Rashford and Amad Diallo will miss the game through injury, while Edinson Cavani will return to the squad. Alex Telles and Dean Henderson started against West Ham United in the League Cup, while Phil Jones was on the bench for the game.

David de Gea was given a night off on Wednesday as he wasn’t part of the League Cup squad. He should return to the team and replace Dean Henderson for today’s game.

Harry Maguire and Raphael Varane, like de Gea, weren’t part of the United squad for Wednesday’s game, but they should return to the Man United lineup. Aaron Wan-Bissaka and Luke Shaw should replace Diogo Dalot and Alex Telles, respectively, with Ole set to recall his first choice backline.

The likes of Eric Bailly and Victor Lindelof will have to settle for the bench.

Nemanja Matic, Juan Mata and Donny van de Beek were part of the midfield three on Wednesday, but none of the three is likely to start today.

Fred and Scott McTominay should return to midfield if Ole decides to retain Pogba on the left-flank, while Bruno Fernandes should start in the No. 10 role in the Man United lineup. Fernandes played the last 20 minutes of Wednesday’s game as the Red Devils went searching for answers he ultimately couldn’t provide.

Matic, Mata, and van de Beek will likely be on the bench.

Jesse Lingard, Jadon Sancho and Anthony Martial started in the front three positions against the Hammers. The trio, though, will likely be replaced by Paul Pogba, Cristiano Ronaldo and Mason Greenwood.

Jadon Sancho has a chance of making the Man United lineup if Ole decides to shift Pogba back to midfield.

Ronaldo and Pogba weren’t in the United squad for Wednesday’s game, while Greenwood played the last 30 minutes of the loss.