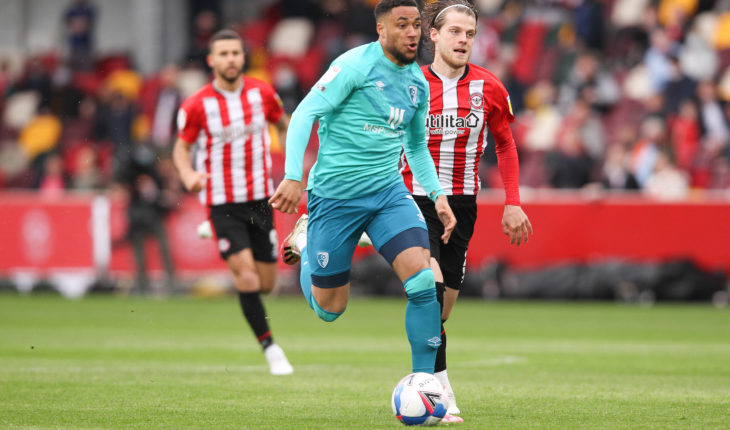 Leicester City are eyeing a move for Bournemouth winger Arnaut Danjuma in this transfer window.

Brendan Rodgers is keen to bolster his squad ahead of an important season. Leicester City missed out on the Champions League spot by just a single point last campaign. Even after spending the highest number of days in the top four positions, the Foxes slipped to the fifth spot on the final day of the Premier League season. According to reports from Voetbalzone, Leicester have joined the hunt for Arnaut Danjuma. Danjuma enjoyed a productive season with Bournemouth in the Championship. He put on display his attacking prowess by netting 17 goals and assisting 7 times in 31 league starts.

His impressive displays have attracted the attention of a lot of clubs, not only from the English top-flight but from Europe as well. West Ham United, Southampton, Brighton & Hove Albion, Wolverhampton Wanderers and Watford are the other Premier League clubs who want to sign the winger. Wolfsburg and Lyon are the two non-English clubs who are said to be monitoring his situation closely.

Jamie Vardy has not shown the expected decline slope for a player of his age. But there were some warning signs over the course of last season where Kelechi Iheanacho had to step up to cover for a rare Jamie Vardy goal drought.  He is now 34 years and it will be unfair of Leicester to keep expecting their talismanic striker to keep performing week in week out.

They need a new goalscorer, even if he is not an out-and-out striker.

The Foxes have been hovering around the top four spots in the last few seasons but have failed at the last hurdle for successive seasons now. The spectacular FA Cup victory, however, has proved that they can indeed rub shoulders with the big boys, and the management needs to push a little harder in securing a couple of summer targets.

Rodgers does not have a quality winger in his squad who can consistently keep producing results in the final third. Arnaut Danjuma prefers to operate from the left flank but can play in a central role as well. The addition of this young winger will offer the former Liverpool manager a much-needed attacking alternative on the flanks. The increased number of games next season means that the first team will once again be stretched and the Foxes do need additions like Arnaut Danjuma if they are to remain a credible force in the top half of the table.

Coming to Danjuma’s strengths, his clinical nature in front of goal is a big plus especially for a side like Leicester who do not produce chances in bulk. He will also help in that department given his vision and his quick turn of pace, along with his dazzling dribbling skills which makes it very difficult for the defenders to stop him.

His defensive skills, though, need some work especially given the attacking nature of Leicester’s fullbacks. Rodgers will be aware of this area of his game which needs special attention if the Foxes are to substantially become a better side with his signing.