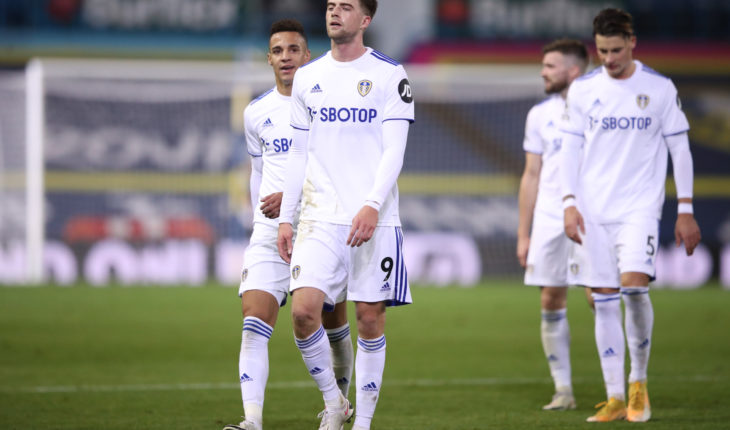 Leeds United suffered their second loss of the Premier League season last Monday against Wolves, and will hope to bounce back in their next outing. The Whites face off against second-placed Aston Villa at Villa Park on Friday night.

The last time these two sides played each other was last year in the Championship, with the match ending in a 1-1 draw, and a bit of controversy as well. There’s certainly no love lost between the two teams, and it promises to be an enthralling encounter despite the absence of fans.

The Whites are currently 10th in the league with seven points from the opening five games of the Premier League.

Leeds United have major injury issues ahead of the game against Aston Villa. One of Marcelo Bielsa’s most important players, Kalvin Phillips, has suffered an injury, which could keep him out of action for at least six weeks.

The likes of Gaetano Berardi, Diego Llorente, and Adam Forshaw will also miss the game against Villa. Captain Liam Cooper, who pulled out of the last game after suffering a knock during the warm-up, could be available as Bielsa revealed that he will have a late fitness test.

Let’s take a look at the possible Leeds United lineup for the game against Aston Villa:

Illan Meslier will continue in goal for Leeds United against Aston Villa.

Robin Koch will start at the back for Leeds United, and one of Liam Cooper or Pascal Struijk will play alongside him at the back. If Cooper is passed fit, he should make the Leeds United lineup. Stuart Dallas should continue at left-back, while Luke Ayling should play on the opposite side.

Ezgjan Alioski is an option at left-back for the Whites.

Jack Harrison and Helder Costa should retain their positions on the wing, while Raphinha and Ian Poveda are other options on the wide positions in the Leeds United lineup.

Patrick Bamford should continue to play up front, despite putting in an average performance against Wolves last time around. Bamford has started every game for the Whites in the Premier League season and he may get another chance to prove his worth before being replaced by Rodrigo. 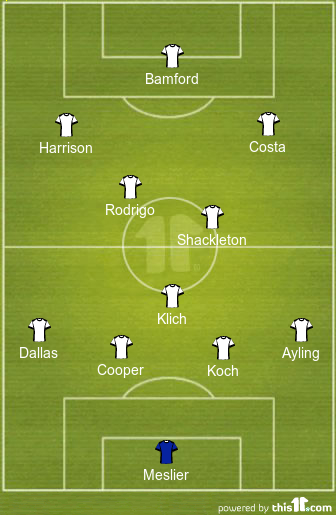