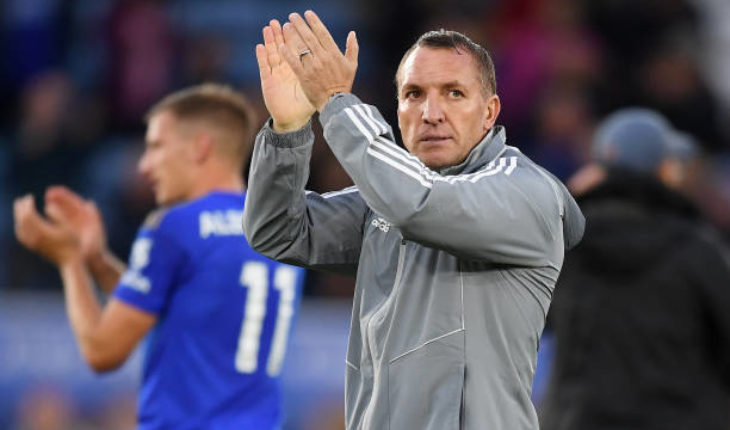 Ahead of their big game against Arsenal in the Premier League on Sunday, Leicester City face Ukrainian side Zorya Luhansk on Thursday night, in their return to Europe. This will be the first time that Foxes are in any European competition since their last outing in the Champions League in the 2016-17 season, where they were knocked out in the quarter-finals stage.

Brendan Rodgers’ men come into the game after a loss to Aston Villa in the Premier League, where they fell to a late Ross Barkley goal. But, the Foxes will be expected to win their opening Europa League game at the King Power stadium.

Let’s take a look at the possible Leicester City lineup for the game against Zorya Luhansk:

Demarai Gray, Daniel Amartey and Islam Slimani were not included by the Foxes in their Europa League squad and they will not be available for Rodgers.

Ricardo Pereira, Wilfred Ndidi, Caglar Soyuncu, and Jamie Vardy will all miss the game for the Foxes due to injury.

Danny Ward could play in place of first-choice keeper Kasper Schmeichel between the sticks in the Leicester City lineup.

Hamza Choudhury could get a start for the Foxes in place of Nampalys Mendy, with Dennis Praet retaining his place in the middle of the park. James Maddison could return to the Leicester City lineup and play in the No. 10 role for the Foxes on Thursday night. Youri Tielemans is another option for Rodgers in central midfield.

Jamie Vardy’s absence and Islam Slimani not being included in the Leicester City squad means that Kelechi Iheanacho could start upfront for the Foxes. Cengiz Under could get his first start for the Foxes on Thursday and he could play on the right side. Marc Albrighton could also get a start, but with Under starting on the right, he may have to settle for a slot on the left side in the Leicester City lineup. 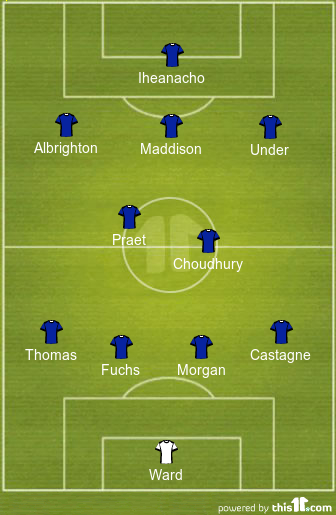