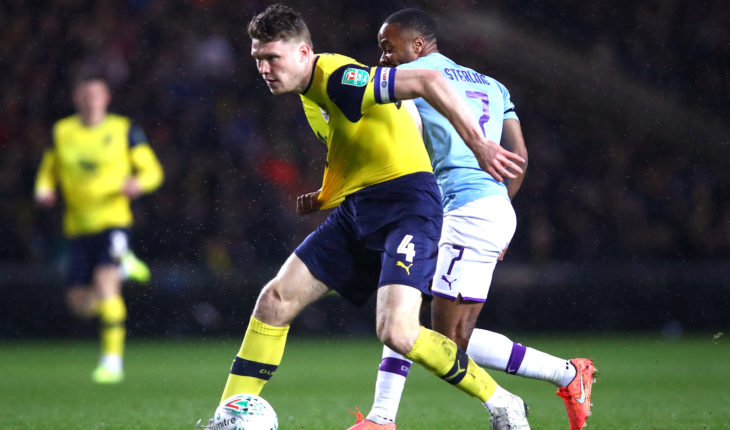 Leeds United could reportedly make a move for League One defender Rob Dickie, who currently plays for Oxford United.

The 24-year-old central defender has impressed for Oxford United this season, which has attracted interest from various clubs.

As per Football Insider, Leeds have watched the defender closely and may sign him in the summer. But, the Whites will have competition in the race to sign Dickie, who is also being looked at by Premier League clubs Burnley and Southampton.

Dickie has been vital in Oxford’s rise to third in League One, and they are now one of the favourites to get promoted to the Championship.

He joined Oxford United from Reading in the 2018 January transfer window, and he has gone on to make over 100 appearances for the side. His current deal with Oxford expires in 2021, having signed a new deal last year.

Leeds United are expected to get promoted to the Premier League after opening a decent gap between themselves and third-placed Fulham in the Championship table.

Marcelo Bielsa has got his side working at their best once again, but they will need to make a whole host of additions to their team if they are to remain in the Premier League.

One area where the squad does not have depth is the centre-back position. The current two options are captain Liam Cooper and Ben White, who is on loan from Premier League side Brighton.

Bielsa’s other option at the back is Gaetano Berardi, while right-back Luke Ayling can play there as well.

But, for a club to be successful in the Premier League – especially after promotion – they will need at least four quality centre-backs. White may head back to Brighton, which means that it is important for Bielsa to sign a centre-back.

Dickie could be a very useful addition to the Leeds squad, as he possesses qualities that Bielsa looks for in a central defender.

The central defender is very good on the ball, averaging 54.7 passes per game, including 4.5 long balls. He is a defender who likes to bring the ball out from the back and move it ahead, while he is also decent defensively.

He averages 4.4 aerial duels won per game, while his ability to detect danger allows him to quickly intercept balls, averaging 2.4 interceptions per game. Dickie could be a good player for Bielsa’s team, one that could blossom into a solid player for the Whites.