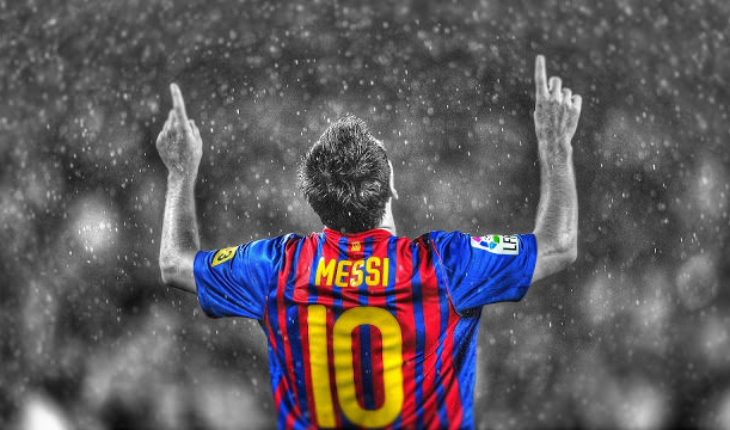 Barcelona have a tricky fixture when they travel to face Eibar on Saturday. The hosts have won their last two home games and will put up a stern challenge for the Catalan giants.

The Catalan side, meanwhile, have a big week ahead of them, as they play an important Champions League tie on Wednesday.

Ernesto Valverde’s side could go top of the table with a win against Eibar as Real Madrid play later in the day.

Marc-André ter Stegen started the friendly for Germany against Argentina but sat out the second game against Estonia. He will, though, start in Saturday’s game in the Barcelona lineup.

Barcelona have a few suspensions and injuries to central defenders.

Gerard Piqué will miss the game against Eibar after racking up five bookings in the league. 20-year-old Ronald Araújo, who was a substitute in Barca’s last league game, was sent off which means that he will miss the Eibar game.

Samuel Umtiti does not look fit enough to start, which means that Jean-Clair Todibo and Clément Lenglet are likely to start at the back for the Champions.

Nélson Semedo played at left-back last time around, but he will move to right-back with Jordi Alba returning to the Barcelona lineup at left-back.

Arturo Vidal, Frenkie de Jong and Arthur started for Barcelona against Sevilla, and we could maybe see Vidal make way for Sergio Busquets for the game against Eibar.

de Jong and Arthur played both games for their respective countries, while Busquets played in Spain’s first game and was an unused substitute in the second game.

We could see one of the three taken off after 60 minutes to keep him fresh for the mid-week Champions League game.

Ousmane Dembélé is suspended for the game against Eibar after being sent off in the Sevilla game.

This means that Antoine Griezmann could replace him in the team, with Lionel Messi starting on the right side for Barcelona.

Luis Suarez, who has scored four goals in the league this season, will start as the furthest forward in the Barcelona lineup. 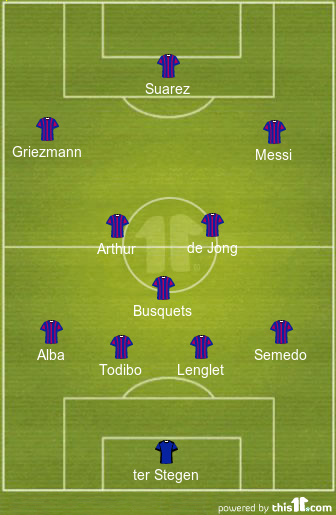 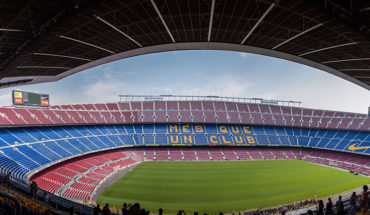