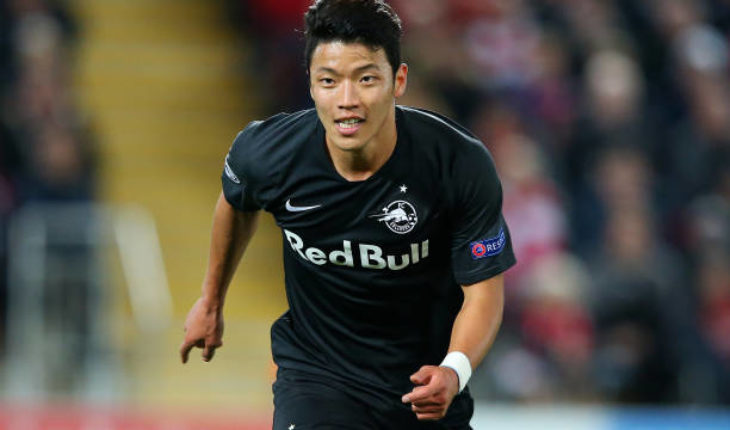 South Korean striker Hwang Hee-chan is reportedly being scouted by Premier League side Arsenal, after a fine personal start to his 2019-20 season.

The 23-year-old striker came to prominence earlier this season when he put in a fantastic performance against Champions League holders Liverpool in the group stage of the competition.

According to Daily Mail, the Red Bull Salzburg striker has been tracked by several big clubs in Europe, with the Gunners being one of them.

Hwang has been a part of Salzburg since 2015, having joined from Pohang Steelers, and after a few loan spells, has finally come good this season.

The striker has scored 7 times in 11 games this season, while also registering a whopping 10 assists so far. His performance in the Champions League have left many surprised, as he has scored twice and provided three assists as well.

His current contract with Red Bull Salzburg expires in 2021, which means that Arsenal could maybe get him for a low price, if they make a move for him in the next two transfer windows.

Hwang went on loan to German club Hamburg last season and had a poor season, but he has bounced back well at Salzburg. He has formed a deadly partnership with another young striker at Salzburg, Erling Haaland, and the two have run riot in the Austrian league.

Would Hwang be a good option in attack for Arsenal?

Hwang Hee-chan is an exciting young talent who could make for a great addition to Unai Emery’s Arsenal squad. The South Korean could add more depth to the Arsenal attack with his pace and dribbling.

The 23-year-old is a striker who likes to drift from the central areas, and use his pace and fine dribbling skills to cause problems for the opposition’s defence.

Hwang is deadly on the counter attack, and his quick feet helps him get out of tricky situations as well. He has made an average of 1.5 successful dribbles per game in the Champions League this season, while averaging three shots on target.

Arsenal have two fantastic strikers in Alexandre Lacazette and Pierre-Emerick Aubameyang, while 18-year-old Gabriel Martinelli has also played as a striker in the cup games.

The addition of another striker, however, could make the Arsenal attack even more potent, as they have quality wide players as well.