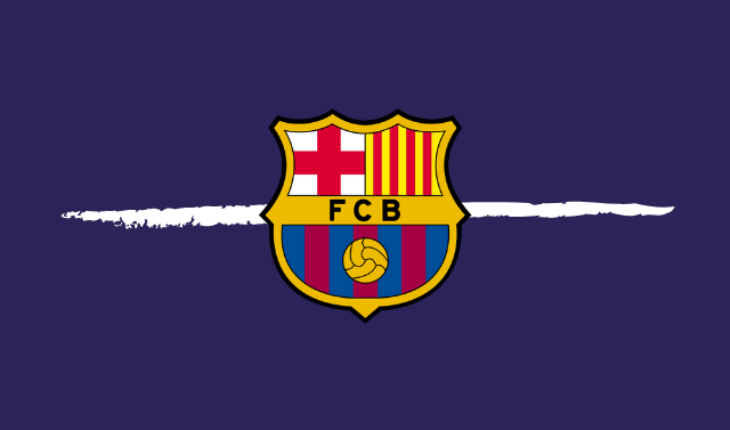 Barcelona will look to make it two wins in two games when they take on Osasuna at El Sadar stadium on Saturday.

The Blaugrana got off to a poor start after losing against Osasuna on matchday one of the Spanish Primera Liga, but bounced back in style against Real Betis last weekend in a goal-laded 5-2 win.

It was a far from comfortable beginning for the side, who were without Lionel Messi and Luiz Suarez, and a goal down, but Antoine Griezmann then inspired the reigning champions to a come from behind win.

Barcelona’s rivals Real Madrid also slipped up, which made it a pretty good week for the Catalans.

Osasuna will present a different challenge on Saturday, and Jagoba Arrasate’s side will also be full of confidence after picking up their first win of the season against Leganes last Sunday.

Barcelona will be confident of picking up a win, as they have a good head to head record against Osasuna, winning five and drawing just one out of the last six meetings between the two sides.

Considering the injuries Barcelona have, we might see a very similar Barcelona lineup to the one that was used last week.

Lionel Messi and Luiz Suarez are still unavailable, so some of the lesser-known players will against have the chance to impress in attack.

Ousmane Dembele is also nursing a hamstring injury, so he won’t make the Barcelona lineup either.

Marc Andre ter Stegen was a busy man against Athletic Bilbao on the opening matchday, but had a quieter game against Real Betis even though they managed to score twice. The German should keep his place in the Barcelona lineup.

The defence was a bit shaky against Betis on Sunday, and Ernesto Valverde will hope it was only the early season rustiness.

Gerard Pique and Clement Lenglet should start at the heart of the defence, while Jordi Alba, who was a livewire against Betis and got on the scoresheet, should play at left-back. Nelson Semedo should also keep his place at right-back.

Frenkie de Jong is slowly getting used to the pace of the league, and we expect Valverde to give him another start.

Sergio Busquets will be the midfield lynchpin, and Sergi Roberto – who managed two assists against Betis — will complete midfield in the Barcelona lineup.

Rafinha and Carles Perez did well in the game against Real Betis, and while the latter scored, the former should have also got on the scoresheet as he missed some gilt-edged chances. The duo should start in attack with Messi and Suarez unavailable.

Griezmann scored a spectacular Messi-esque goal against Betis, and will play the false nine role once again. 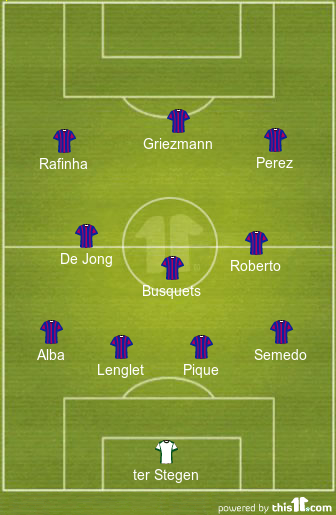 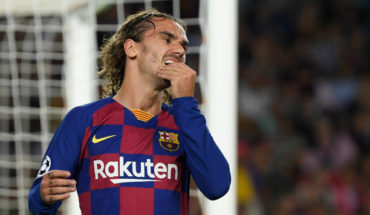