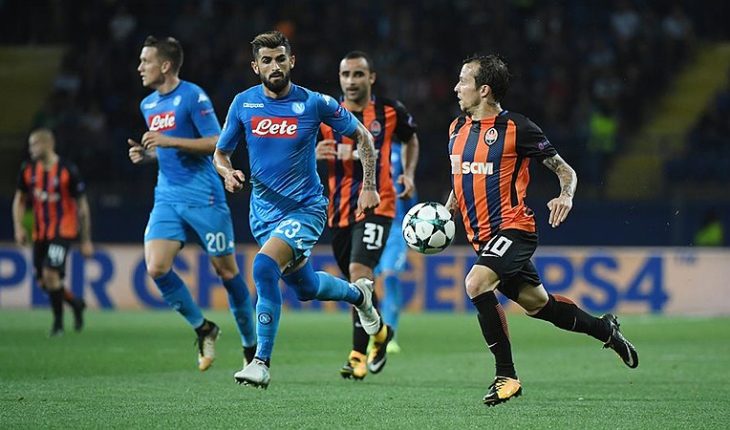 Tottenham Hotspur are eyeing a move for SSC Napoli defender Elseid Hysaj as a replacement for Kieran Trippier, who left for La Liga side Atletico Madrid earlier in the month.

According to Transfermarketweb, the 25-year-old, is also attracting AS Roma in addition to Tottenham Hotspur.

The Albanian International has two more years left on his contract at the San Paolo Stadium. He made 35 appearances in all competitions last season, and managed two assists in the process.

Here’s a look at the pros and cons of signing Hysaj this summer.

Hysaj is a versatile player who primarily features as a right-back, and can fill in at left-back if the situation demands.

The 25-year-old is a decent passer of the ball, and can ping the long diagonals. His ability to maraud forward will also be a handy asset as that is something Trippier was known for.

Hysaj’s vision to pick the right pass, good first touch to bring the ball under control, and ability to hold on to the ball in tight areas are some of his top qualities. The Albanian averaged a pass success of 85.4% across all competitions last season.

Hysaj stands in at 6ft tall, and uses his strength and aerial prowess to maximise his impact on the pitch, which reflects in his numbers of 1.1 aerial duels won per 90 minutes.

The Napoli man is no slouch defensively as he recorded 1.5 tackles, 0.9 interceptions and 1.9 clearances per game last season.

The 25-year-old does have a flaw or two, which might make things difficult for him in the English top-flight.

The Albanian’s subpar crossing ability is a major concern, seeing the significance of this particular attribute for a modern-day full-back, and more so in Pochettino’s system where full-backs are key in stretching play and delivering a mean crossed into the box.

Hysaj managed a poor 0.2 crosses per game across all competitions last season, which is a red flag.

It also remains to be seen if he will be a good enough player in the English top-flight as he is used to a more tactical style in the Serie A, and not the free-flowing football of the Premier League.