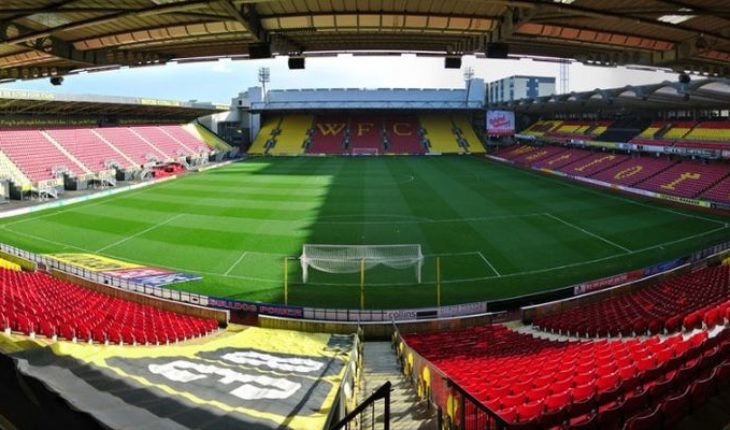 Watford are monitoring Napoli midfielder Amadou Diawara, according to reports.

The Hornets are keen to sign him to add more strength to their midfield, and will have to compete with Tottenham Hotspur and Wolves, who are also keeping tabs on him,  as per Corriere dello Sport, cited by Football Italia.

Watford, under the tutelage of Javi Gracia, had an impressive season in the Premier League last time out.

They finished eleventh in the standings, and also made it to the FA Cup final before eventually losing to Manchester City.

Despite an impressive campaign, there is a lot of room for improvement and they do need reinforcements to push further up the table next season.

With Diawara pushing for a Premier League move, he could be a good option for Watford.

Diawara started his senior career at San Marino before moving to Bologna. The Serie A club were quick to spot his talent, and after just a season there, he switched to Napoli last summer.

The 21-year-old, who plies his trade as a central defensive midfielder, made 13 appearances in Serie A. He also featured for Napoli in the Europa League, and has three caps for the Guinea national side.

Why Diawara would be a shrewd signing by Watford

Abdoulaye Doucoure excelled for the Hornets last season and was an instrumental figure for them. However, his future at Vicarage Road looks bleak as Paris Saint-Germain are reportedly keen to sign him.

Watford would need additions if Doucoure eventually leaves, and signing Diawara would be a step in the required direction. He is a ball-winning midfielder, can play in a system that focuses on pressing, and has the defensive traits to protect the back four.

Diawara is desperate for regular playing time and his move to Watford would make a lot of sense.

The 21-year old is strong with his passing, and his style aligns well with Gracia’s philosophy, who wants his team to build-up from the back and play good football.

Diawara often senses danger quickly, and is a tough tackler. Under Gracia, he can flourish as a formidable box-to-box midfielder.

Although Diawara will need a bit of time to get used to the pace of English football, he is someone who has the ability that can be fine-tuned by someone like Gracia.