Tottenham Hotspur are interested in the services of PSV Eindhoven attacker Steven Bergwijn; it has been claimed.

According to Daily Mail, Steven Bergwijn has attracted the interest of Champions League finalists Tottenham Hotspur this summer. The Lilywhites are keen on bolstering their attacking department after yet another promising campaign under Mauricio Pochettino.

And it is believed Bergwijn has been identified as one of the key targets for them this summer, along with Jack Clarke and Giovani Lo Celso.

Pochettino believes that Bergwijn will be a useful addition to Tottenham due to his pace and versatility. And we certainly have to agree with him here.

The Dutchman, though primarily a left-winger, can also operate in the number nine role. He does not have a weak foot as such, which also allows him to feature on both flanks, meaning he can operate anywhere across the final third.

Aside from his versatility, his recent form is also an added advantage. Bergwijn enjoyed a productive campaign with PSV this past season with the 21-year-old scoring 14 goals and providing 12 assists in 33 matches in the Eredivisie, helping his side provide a tough challenge for the seemingly unstoppable Ajax for the league title.

Bergwijn ended the campaign as the sixth most productive attacker in the Eredivisie and would have been a lot higher up if not for the extraordinary season the Ajax attackers had.

As far as his gameplay is concerned, Bergwijn is an inverted winger who likes to cut-inside and operate in the central areas. He is very hard to shake off the ball and can ride challenges from defenders while his quick feet allow him to open up space in the final third and take frequent shots on goal.

Therefore, it comes as no surprise as to why the 21-year-old has averaged a whopping 2.9 shots per game during the 2018/19 campaign. He also delivered two key passes and completed over three dribbles per game, which are outstanding numbers for any attacker in the world.

Hence, Bergwijn seems like a viable option for Tottenham. The Dutchman will be able to add more depth to the Tottenham attack that has struggled with injuries to Dele Alli, Harry Kane and Erik Lamela. And at the age of just 21, the PSV star will offer the prospect for the future as well.

However, the jump from Eredivisie to Premier League is not always an easy one to make. And it still remains to be seen as to whether or not Bergwijn will able to integrate himself to the fast-paced nature of English football. Only time will tell but on current evidence, he is someone who can reach greater heights under the guidance of someone like Mauricio Pochettino. 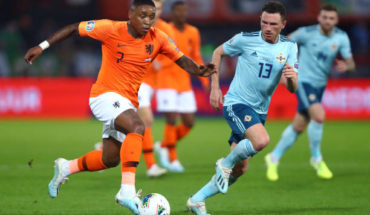 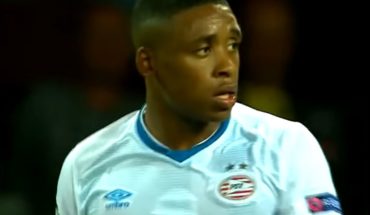