The less said about Arsenal’s defending against Liverpool, the better. The Gunners were dismantled by a Liverpool side that many deemed sloppy and far from their best against the north London side on Saturday.

Unai Emery’s short reign so far has given us a lot of positives, but the defeat against Liverpool perhaps exposed some of the cracks that were masked by their incredible 20 something unbeaten run in all competitions.

The Spaniard deserves a lot of credit for making Arsenal relevant again, but for them to shed their tag of top five challengers, the manager needs to be backed with two things – money, and patience.

A lot has been made of Arsenal’s defensive injury crisis and how they need to target a centre-back in January. Sven Mislintat is Arsenal’s chief scout, and the pressure will be on him to find the right player.

Arsenal will spend money in all likelihood, but as we’ve seen with so many teams, it depends on the type of player you buy to reduce the transition time.

Emery needs the right tools to work with

Liverpool, Spurs, and Manchester United spent big money on players like Virgil Van Dijk, Davinson Sanchez, and Victor Lindelof, but in the end, not all of them turned out to be players who suited their manager’s philosophy.

Emery has received a lot of stick for trying to play a high line with what he has got. But in fairness, it shouldn’t be a discussion as that’s the type of football that had made him the renowned coach that he is. What he needs is the right tools.

Sokratis is one player who will give you that physicality at the back. He might not be the quickest, but his tackling is strong. Fans will point out his weak challenge on Roberto Firmino when Arsenal took on Liverpool, but the Greek made a name for himself at Werder Bremen and Borussia Dortmund with his tough tackling and good aerial presence.

The problem is Sokratis needs someone quick beside him. Rob Holding was a good option until he picked up his injury.

Mustafi is one player that still has convinced in an Arsenal shirt. No one really knows what his strengths are as a defender.

Is Mustafi a front-footed defender like Van Dijk and can organise a defence?

Is Mustafi someone like Toby Alderweireld who can do a bit of everything?

So far, Mustafi has had an error-prone season and is perhaps the weak link at the back. Koscielny, on the other hand, is past his peak and the Gunners need to look beyond him.

Of course, the Gunners’ focus on defending needs to improve. Sead Kolasinac and Hector Bellerin are players that should have no problem playing in a high line. But a lot of the problems seem to come from the centre-half areas, and that isn’t confidence inspiring.

Should Arsenal buy any ‘big name’ defender in January?

January is a tough time to buy good players because the prices are inflated and clubs do everything not to sell.

If Arsenal don’t get the right option in January, they shouldn’t sign anyone. The fans will be frustrated if they don’t sign anyone, but the club and Emery are better off signing the right player for whatever the money instead of just throwing money in January to sign a defender to please the fans.

It’s a mistake Manchester United made under Jose Mourinho when they signed Lindelof and Fred for big money but neither adapted well enough.

Arsenal need a defender who is agile and can pass the ball out from the back. There are no two ways about it. For Emery’s system to work and Arsenal to play the exact football the manager wants them to, the signing needs to be perfect. 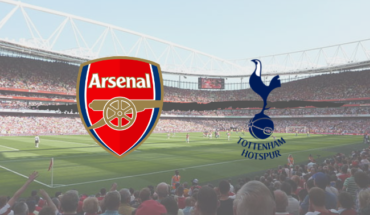