Following the departure of key players in the likes of Theo Walcott, Francis Coquelin and Alexis Sanchez, Arsenal have upped the gears in their transfer market activity as it seems.

After securing the services of Henrikh Mkhitaryan earlier this month, the club has now confirmed the signing of Borussia Dortmund superstar Pierre-Emerick Aubameyang. The Gabonese International signs for a club record fee as well as a long-term contract, both of which will be confirmed shortly.

In this article, we will draw the strongest Arsenal lineup following the transfer coups of Henrikh Mkhitaryan and Pierre-Emerick Aubameyang.

Frenchman Laurent Koscielny will marshall the defensive line along with Shkodran Mustafi as the centre-back pairing. The highly rated defensive duo of Arsenal desperately needs to perform well during the remainder of the season, if they are to seal a Champions League place come the end of the season.

Youngster Hector Bellerin will be deployed as the right back while Sead Kolasinac stars from the left. Nacho Monreal has been in fine form recently and is likely to edge Kolasinac in recent form.

It will be interesting to see how Arsene Wenger tries to reorganize his formation following the signing of two world-class attackers.

The Frenchman will likely switch to a 4-2-2-2 formation, where Granit Xhaka will sit as the holding midfielder while Aaron Ramsey will partner the Swiss International in a slightly advanced midfield position with Jack Wilshere a likelier option when fit.

Further up front, Mesut Ozil will play alongside new signing Henrikh Mkhitaryan as the two central attacking midfielders. However, they could also be deployed in a slightly wider position with Ozil moving to the left and Mkhitaryan occupying the right midfield area.

The cunning offensive duo of Alexandre Lacazette and Pierre-Emerick Aubameyang will definitely be something to keep an eye on for the second half of the season.

Both of these strikers have acquired a lethal goal-scoring record during stints with their respective clubs, prior to their move to Emirates. Aubameyang, in particular, is expected to start in a little advanced position, largely thanks to his sheer pace, which might help Arsenal on the break while Lacazette, who is a tad better when it comes to link-up play will remain a little deep to help out his team in the creative phases of their build-up play. 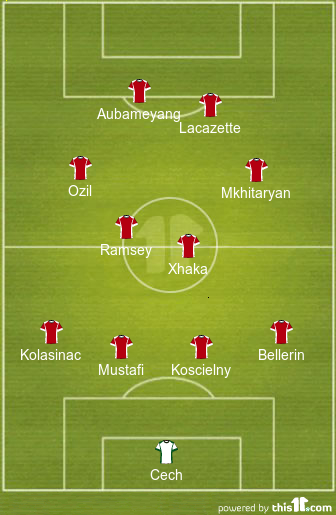 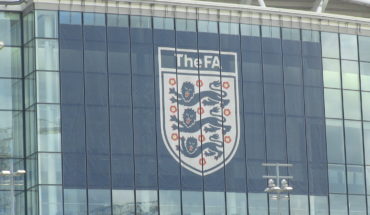