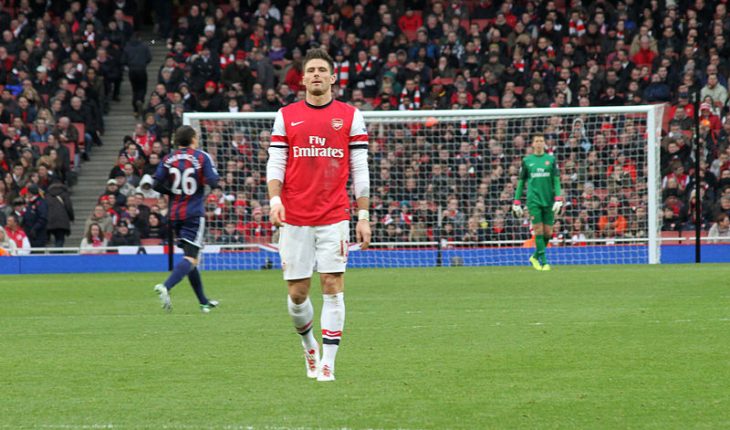 Antonio Conte’s Chelsea have already made a couple of stellar additions to their squad this month having signed Ross Barkley from Everton and Emerson Palmieri from AS Roma, in a bid to secure some silverware and a place in the top-4 this season. But the manager is still looking to add another fresh face to his squad and is expected to be a busy man on deadline day.

One player, they are close to landing is Arsenal star Olivier Giroud.

Giroud In; Batshuayi Out:

According to reports from several news outfits, Chelsea have all but signed Arsenal star Olivier Giroud, who is currently undergoing a medical ahead of his move to Stamford Bridge. Reports claim that he will cost less than £30m, which was Arsenal’s initial valuation.

The Gunners have signed Pierre Emerick-Aubameyang earlier today, which meant Giroud falling further down the pecking order. And it is understood that Conte, who was in desperate search of a striker, has finally managed to land a world-class star.

It is also reported that Giroud’s deal will see Belgian star Michy Batshuayi make a loan move to Borussia Dortmund, who just sold Aubameyang to Arsenal. So is letting Batshuayi leave to get Giroud in as a backup to Alvaro Morata the right move by the Blues?

Giroud And His Numbers:

A product of the Grenoble academy, Giroud has always been a natural goal scorer, with a smart head and a thunderous left foot. He has 105 goals and 41 assists in 253 appearances for the Gunners in all competitions since he moved to England in 2012.

He has a knack for scoring ‘worldies’, that landed him the Puskas award last year and even at 31, remains ahead of the likes of Karim Benzema and Alexandre Lacazette, in the French national team. He has 29 goals in 69 appearances for the national side and is an experienced player, who Arsenal will surely miss.

He can act as a target man but is more than capable of running the play in the final third. He is devastating if given space, sometimes otherwise as well and has scored at a rate of a goal in just over 100 mins this season.

The Blues are desperate for attacking quality, due to the lack of the same provided by Michy Batshuayi, the only backup to first team star Alvaro Morata at Chelsea. Conte has been searching high and dry and has been linked with a  number of players who can act as target-men but Giroud is the best of the lot and will surely improve the squad at Stamford Bridge.

However, if reports that Batshuayi could be leaving on loan are true, it might not be as good a decision by Conte. The Belgian striker has 12 goals in 25 appearances across all competitions this season and has some serious quality, which could have come in handy in the business end of the season.  Giroud’s addition will only have made Chelsea’s squad stronger if they had retained the 24-year old.