Jose Mourinho has openly admitted that Manchester United have some catching up to do(quality wise), to close the gap on their neighbours Manchester City, who are running away with the league title. The Red Devils have added some quality to their first team in Alexis Sanchez this month from Arsenal but Mourinho is still looking for reinforcements, before the end of the transfer window.

This has seen a number of exciting stars linked with a move to the club and one player that is on his wish list is Borussia Dortmund star, Julian Weigl.

The Red Devils need to improve on their options in the midfield as Mourinho is still searching for the ideal partner for French international Paul Pogba. And a report by Independent now claims that Julian Weigl is one of the few names that Mourinho is interested in and one player that Manchester United are confident of signing.

While Ligue 1 talent Jean Michael Seri is reportedly at the top of the wishlist, Valencia’s Carlos Soler, Real Madrid’s Mateo Kovacic and Barcelona’s Andre Gomes are other names on the list. But is Weigl an option United should consider?

Weigl And His Potential:

A product of the academy at 1860 Munich, Weigl announced himself in the top flight in Germany back in 2015, when he first moved to the Westfalenstadion. He took little time to establish himself in the first team and has already made 76 Bundesliga appearances for his side.

He is the first choice midfielder for his side, making 11 starts this season and has also made five international appearances for Germany, since his debut in 2016. A defensive midfielder by trait, Weigl is an effective pivot for his side, who is at his best, playing just in front of the back 4.

With gifted technique and a great understanding of the game, he is a hard man to mark and is effective in turning defence into attack quickly. He loves to sit back and dictate play but is comfortable taking his man on and testing the keeper from long distances.

He is an energetic player, who loves to cover ground and keep his goal safe. He is superb with man marking and has troubled the best players in the German top flight.

Michael Carrick is retiring at the end of the season and Fellaini is caught in no man’s land at the moment. Ander Herrera is a decent back up to the first choice duo of Nemanja Matic and Pogba but they need another player or even two, to improve their creativity in the midfield.

Weigl fits the bill perfectly.  He will sit back and allow Pogba to roam freely in attack while also supporting the attack against teams that sit back and defend. He will probably replace Matic in the first team, with the Serbian dropping to the bench. This will give United decent balance and depth in their midfield. But who do you think is the best option from the list above?

Do youve any? Kindly permit me recognise in here that I may just subscribe. Thanks. 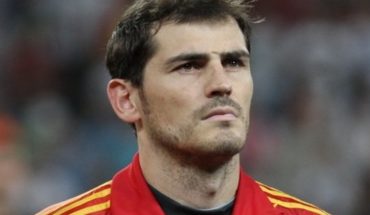