The Sun has deemed Jack Wilshere to be a possible summer target for the London outfit West Ham United. According to the report, the Hammers are willing to shell out an astounding £30m fee for the Arsenal playmaker, to add quality by signing a marquee player after they controversially lost Dimitri Payet to Marseille. The midfielder just might be the player they are looking for. David Sullivan would be particularly happy at the prospect of bringing the English International at his club.

The 25-year-old is enjoying an injury-free loan spell at Bournemouth and might even sign a permanent deal at the club with Eddie Howe claiming that he would want to keep him at the club. Wilshere has featured in 26 games at Bournemouth, coming off the bench on five occasions and has managed two assists for the club.

The report suggests that Wilshere is happy in London but with a year remaining on his current contract at Arsenal, several clubs are vying for his signature. It may not be a bad option for him to move to West Ham where he would probably get good game time contrary to Arsenal where he might be lower in their pecking order. West Ham might have to battle it out with Bournemouth in the summer transfer market.

Despite just a year remaining on his current contract, Arsenal can demand a good fee for a player of his calibre and with at the age of 25 he has a lot more to offer, given he manages to remain injury free.

He is yet to open talks with the club regarding renewal of his contract at Arsenal. With the uncertainty looming, it might be wise for the Gunners midfielder to choose a club where he could feature rather regularly and with a less demanding style of play. At Arsenal, it is quite sure that his game-time would be fairly limited. Although it is certain that with a £30m price tag there will be immense pressure on him, he has shown this season that he can certainly do well and has been in good form.

It remains to be seen where the player moves when the summer transfer window opens. He has to find the right balance in choosing the club which not only competes with the top clubs in the Premier League but also gets sufficient playing time under his belt. It would be downright foolish to go somewhere he would be nothing else but a benchwarmer.

10 Myths About erectile dysfunction You Must Stop Believing best place 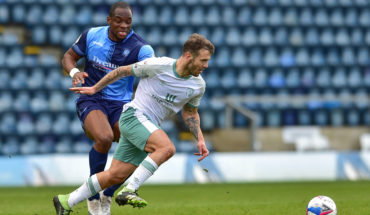